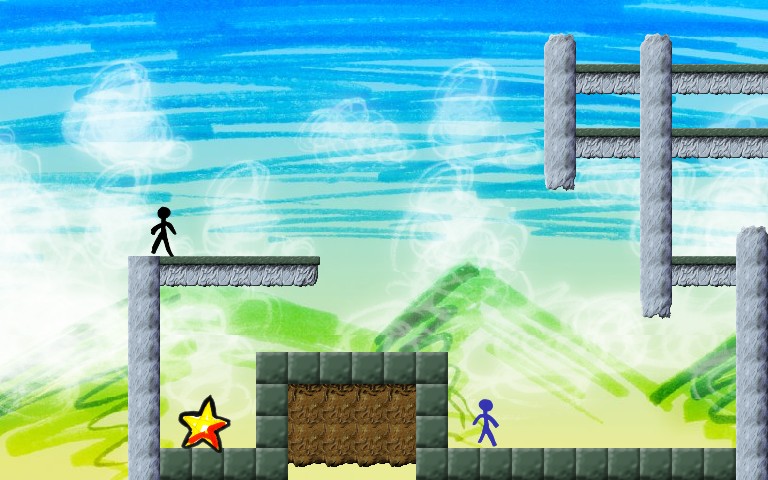 There's nothing like some quality time to yourself. Get rid of everyone else so you can be alone.

A game made in 48 hours for Ludum Dare 22, with the theme “Alone.” There are six levels. I have a hard time beating a couple of them. You can press F8 to skip a level. On Linux, you can run the level editor using the -e command line option.

The graphics were done with Crayola markers, a pen, and GIMP.

The engine is written in C++, and I wrote over 3000 lines of code during the 48-hour contest. My hands were sore from typing! I used a personal game framework which sets up an OpenGL window, loads textures, handles events, and does other simple things. The framework is about 6000 lines and can be downloaded below.